Fox 17 Story on the Friar Fight 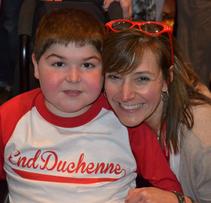 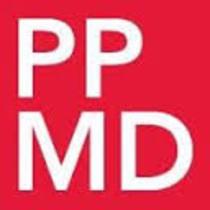 Steve Amorose, Sports Anchor- Fox 17 Grand Rapids reports on the 25th Friar Fight Golf Tourney.  His interviews with the Friar Family and Friends capture the spirit of the event and their commitment to finding a cure for Duchenne Muscular Dystrophy.   This segment originally aired in July, 2010.

A Mother's Quest to End Duchenne

Parent Project Muscular Dystrophy (PPMD) was founded in 1994 by president and CEO Pat Furlong and a group of parents and grandparents who were frustrated by the lack of investment in Duchenne research. When doctors diagnosed her two sons, Christopher and Patrick, with Duchenne in 1984, Pat didn’t accept “there’s no hope and little help” as an answer. Duchenne is the most common fatal, genetic childhood disorder, which affects approximately 1 out of every 3,500 boys each year worldwide. It currently has no cure.

Pat's sons lost their battle with Duchenne in their teenage years, but her fight continues, on behalf of all families affected by Duchenne muscular dystrophy. 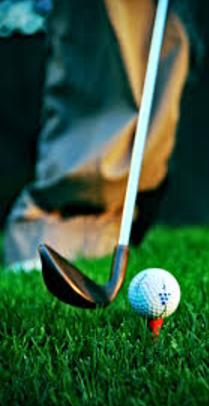 The Friar Fight to
End Duchenne

Mike and DeAnne Friar, along with daughter Colleen and sons Kevin and Kyle were just like any other hardworking American family with one exception: both boys were born with Duchenne Muscular Dystrophy. Kevin, the oldest son, passed away in the spring of 2018 during his senior year of high school at the age of 18 from this terrble disease.  In a race against time, Mike and DeAnne continue to battle along with family and friends to lead a fundraising powerhouse, the Friar Fight! All proceeds from their fundraising events are donated to Parent Project Muscular Dystrophy (PPMD)in order to find a cure for Duchenne.

Kevin Friar was diagnosed with Duchenne in the fall of 2003 as was his younger brother Kyle when he was born 8 months later.  Duchenne muscular dystrophy is the most common fatal genetic disorder diagnosed in childhood, affecting approximately 1 in every 3,500 live male births (about 20,000 new cases each year). Because the Duchenne gene is found on the X-chromosome, it primarily affects boys; however, it occurs across all races and cultures.  Parent Project Muscular Dystrophy (PPMD) is the largest most comprehensive nonprofit organization in the United States focused on finding a cure for Duchenne muscular dystrophy—our mission is to end Duchenne.

The Friar Fight Golf Tournament began in 1985 when Mike Friar convinced 19 other East Kentwood High School Seniors to skip school in order to play a 2-man scramble at Briarwood Golf Course.  The Friar Fight transitioned into a charity event in 1994 to raise money for charities including Children's Assessment Center, Wheel Chair Sports, God's Kitchen and Paws for a Cause.  In 2004, the Golf Tournament began its support for PPMD when Kevin Friar was diagnosed with Duchenne. The "Friar" is always held the last Saturday in July.

the GR.1K - A race to End Duchenne

Called “the perfect race” by past participants, the GR.1K is held on the streets of Downtown Grand Rapids in the fall.  How long is a .1k?  Answer: the length of a football field.  Don't worry though, we will have a water station at the midway point!  Over 2,000 runners are expected to participate in 2015. Each participant receives a t-shirt, bib number, and .1K bumper sticker as part of their $30 entry fee.   The race started in 2010 and has raised over $50,000 for PPMD.

Duchenne is a fatal disease without a cure.  However, researchers are getting close to solving its mystery and saving young boys lives.  Friar Fight Charitable Events and others that support PPMD (like Mitchell's Run thru Rockford) are fun family activities that donate 100% of their funds to PPMD.  You can also help by directly supporting PPMD financially and participating in their efforts to secure funding from various foundation and government grants that make research possible.  More information may be found at www.parentprojectmd.org.